In the aftermath of Apple replacing Scott Forstall with Jony Ive as head of iOS (and more), I am seeing articles, posts and tweets about the death of skeuomorphism. The reason is reported to relate to the fact that Scott is in favor of using skeuomorphism in apps and Jony is not. Whether or not that is true (it’s hard to tell even after studying lengthy articles on the subject), the notion that skeuomorphism now is dead is ridiculous simply because it works and always has.

A Wikipedia article defines skeuomorphism as a “design element of a product that imitates design elements functionally necessary in the original product design, but which have become ornamental in the new design.”

In other words, when you design for example an app for recording audio it makes sense to design it as a microphone even though it would work just as well designed as a shovel or with no actual reference to the physical world at all.

Skeuomorphism is old. It’s thousands of years old in the physical world, and it has always been a natural part of computer graphics and design. Not only is skeuomorphism often beautiful, it helps the user understand how to use and interact with its features.

The opponents of skeuomorphism on the iPhone platform often use the “Find friends” app as their most hated object. The screenshot below shows that the design mimics leather, and in this instance I agree with the opponents. Other than the fact that it looks nice (if you like leather), the design makes no real sense. Why leather and not just a standard iPhone look?

However, I never heard complaints about Apple’s Voice Memos-app. See below. It’s a beautifully designed microphone. If you hate skeuomorphism, I am assuming this app should be redesigned too. 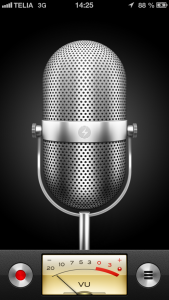 And what about iPhone’s Notes-app. If you look carefully at the top of the page. It looks as if papers have been torn out from the notepad. There are no functional aspects to that torn look, but it certainly makes the app stand out as carefully designed.

However, my key point in that skeuomorphism will live despite what Jony Ive thinks or not is that the design approach is adopted by thousands of designers and developers outside of Apple. Look at the following apps and then you cast your vote. Is skeuomorphism always wrong? 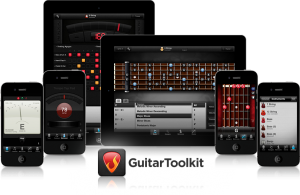 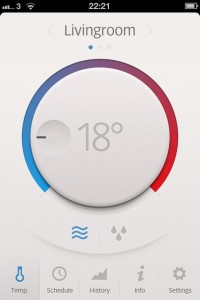 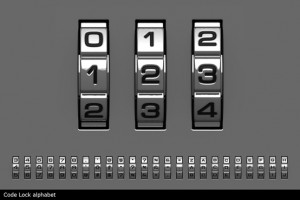