You are here: Home › market

Lenovo is the only PC maker that didn’t see its shipments decline in Q1. Their secret? Brazil and China.

IDC released their “Worldwide PC Shipments” report a couple of days ago. In summary, the total PC shipments was down -13.9% compared with Q1 2012. Everyone experienced a decline, including Apple (which obviously competes with their own iPads), except for Lenovo. If you dive a little deeper into the report and into Lenovo’s business, you’ll find the primary reason why they excel:

They have for a long time been paying attention to emerging markets such as Brazil and China, where the PC market is still growing rapidly. Read more here…

Regardless of what industry you are in, there’s a high probability that it will develop in the same direction: a decline in the United States, Europe, and Japan, can very well be handled better if you are already present and active in Brazil and China (and India and Russia, too). So, what are your emerging market strategies? Have you already partnered with local distributors and service providers? Have you already run a local pilot project? Are your sites and apps localized into local languages? The list of basic questions and following action plans don’t have be much longer than that. Get started and go Brazilian and Chinese. 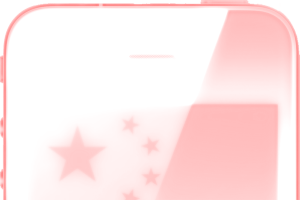